Thanks for visiting my blog.

After a nice time in Portugal I'm glad to be home again. We visited two Palaces. I like to share them with you all. Maybe you can use some parts for your dollhouse. 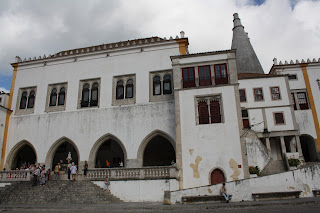 This is the entrance of the Palace. The outside doesn't tell what it's hiding inside.

The interior has collections of furniture, painting, ceramics and textiles that date from the sixteenth to the nineteenth century, most of which  were formerly part of the royal family's collection. 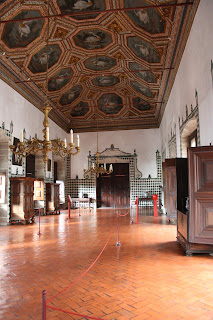 You enter the Swans Room. 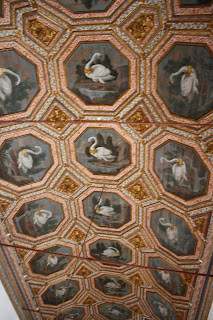 The ceiling is covered with Swans. 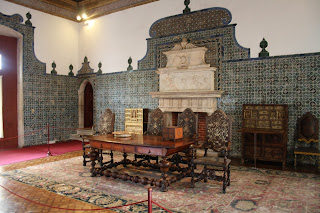 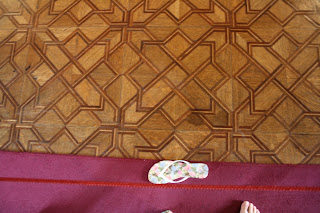 This room had a wonderful floor. The length of the slipper is 25 cm. 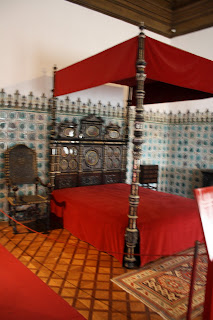 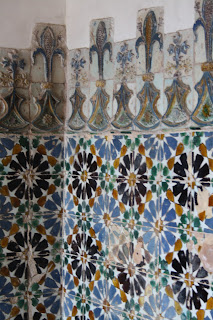 In the Arab Room the used early sixteenth-century tiles. They mixed styles. 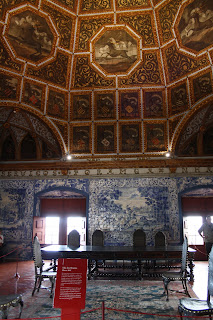 The Coat-of-Arms Room. The wall covered with Azulejos. This are typical Portuguese tiles that were painted by hand. 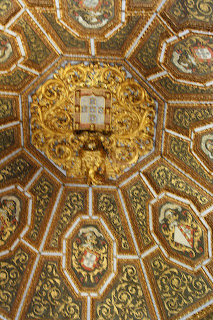 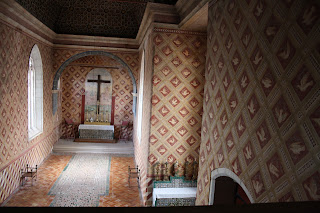 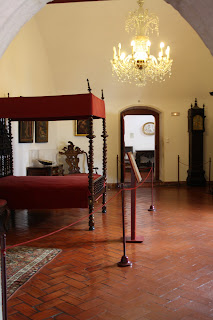 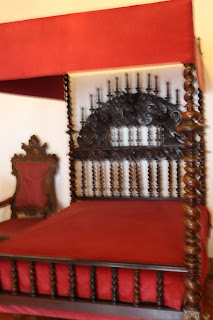 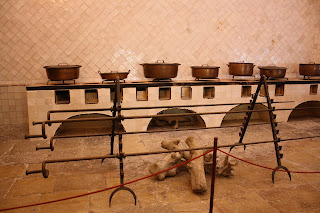 And some pictures from the 600 years old kitchen. 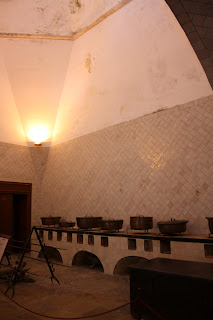 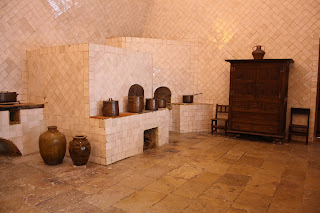 Reading the guide I saw a side for a virtual tour through the Palace.

The next Palace we visited was The Palacio de Queluz.
Established in 1654. Around 1760 they used a French architect. Almost everything burned down in a fire in 1934. It's rebuild.
The rooms are decorated with gilded carving and canvases. The taste in Portugal during the second half of the eighteenth century and early nineteenth century was moving from the rococo to the neo-classical. 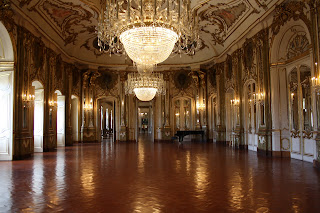 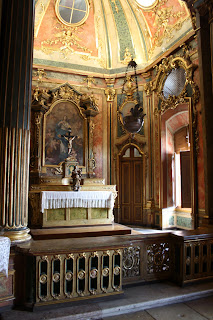 The main altar in the Chapel. 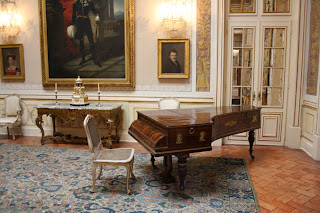 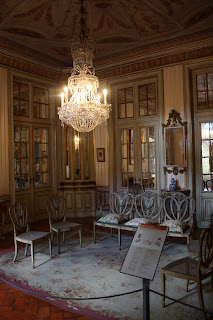 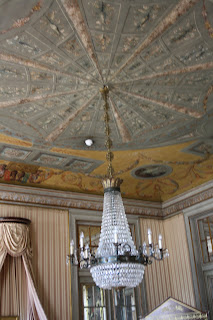 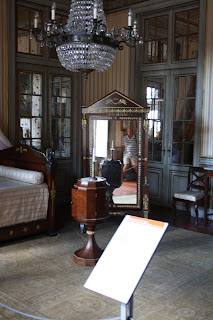 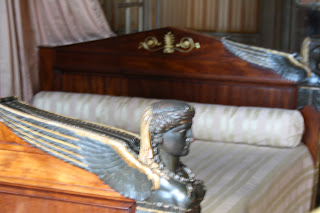 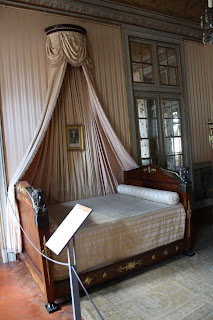 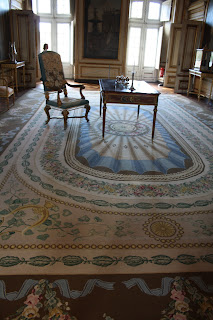 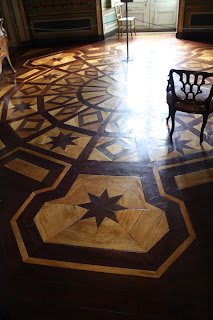 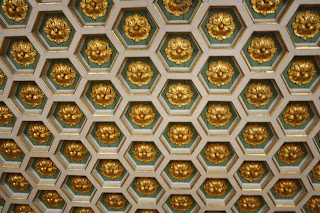 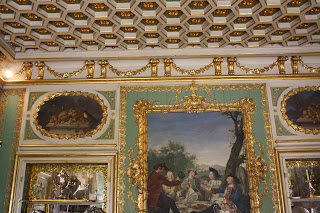 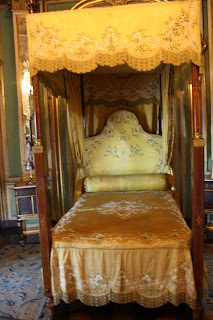 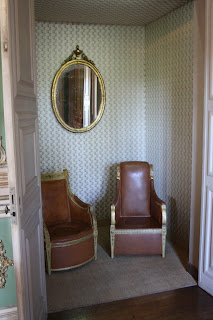 We had a nice time at Estoril from where we visited these nice Palaces.